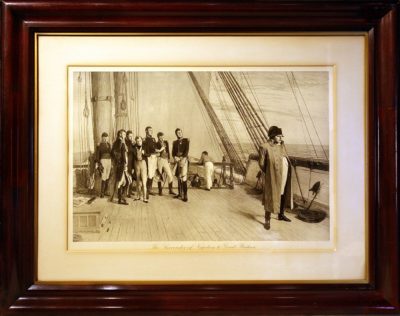 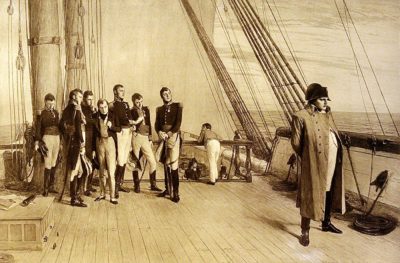 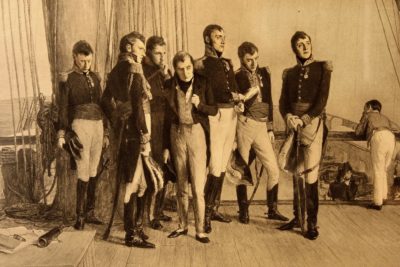 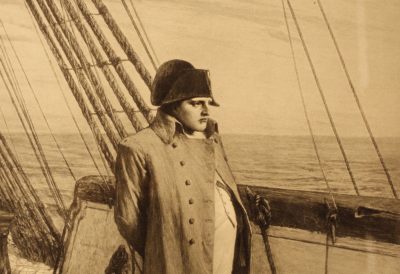 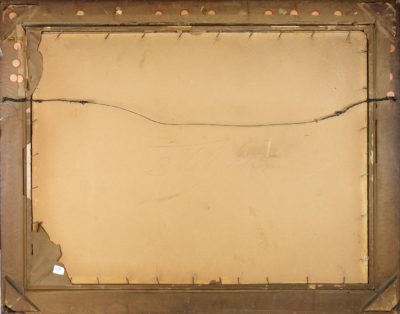 Offered is a marvelous and rare print of “The Surrender of Napoleon to Great Britain” painted by the famous Scottish painter, Sir William Quiller Orchardson, RA (27 March 1832 – 13 April 1910) who was also noted as a portraitist and painter of domestic and historical subjects, and knighted in June 1907, at the age of 75.
The original painting is hanged in the Tate Gallery in London. The print was published by the Berlin Photographic Co, 133, New Bond St. London Ca.
The story behind this famous painting is when on the fifteenth of July 1815, Twenty seven days after the battle of Waterloo and seven days after Louis XVIII had re-entered Paris as King of France, Napoleon, despairing to escape to America, surrendered to Great Britain and went on board the‘Bellerophon’. He is seen looking across the sea to the French coast. A voyage to Plymouth and thence to St. Helena were to conclude the mortal wanderings of the dictator of Europe.
This magnificent photogravure is in excellent antique condition, framed in mahogany with gilt inner frame measuring with frame 29.5 x 37 inches or 75 x 94 cm and without 16 x 24 inches or 40.6 x 61 cm.
This remarkable photogravure is indeed an invaluable eyewitness of the French and British history not to mention a pride among Sir William Orchardson’s artwork.