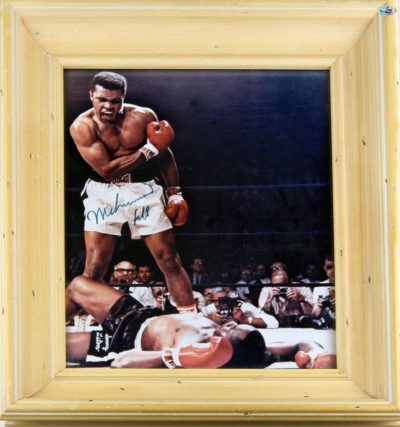 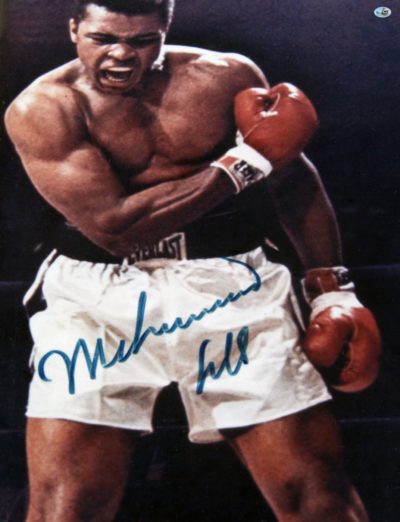 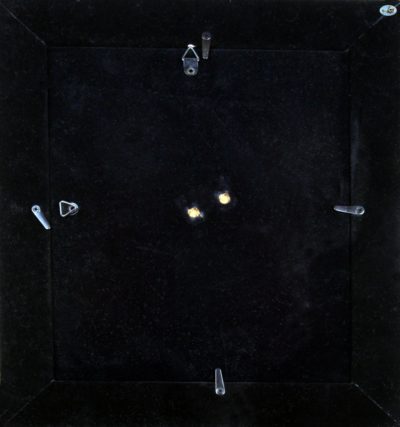 In one of the most famous and controversial boxing matches of the 1960s, Sonny Liston 215¼ lbs lost to Muhammad Ali 206 lbs by KO at 2:12 in round 1 of 15 on May 25, 1965 in Lewiston, Maine. Without question one of the most famous athletes in the world, Ali who only recently passed remains an inspiration to several generations, the likes the world will never see again.

The two fights between Muhammad Ali and Sonny Liston for boxing’s World Heavyweight Championship were among the most anticipated, watched and controversial fights in the sport’s history. The Sports Illustrated magazine named their first meeting, the Liston–Clay fight (Ali had not yet changed his name from Cassius Clay), as the fourth greatest sports moment of the twentieth century.

The first bout was held in February 1964 in Miami Beach, Florida. Ali (then Clay) won when Liston gave up at the opening of the seventh round (after being clearly dominated in the sixth). Their second fight (offered in this listing) was in May 1965 in Lewiston, Maine.