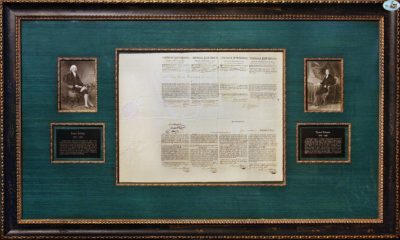 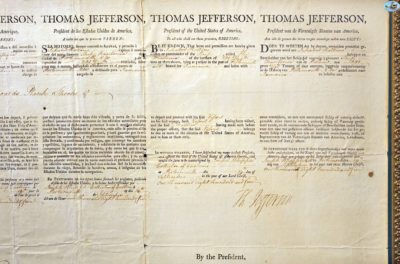 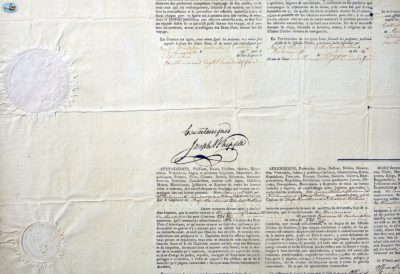 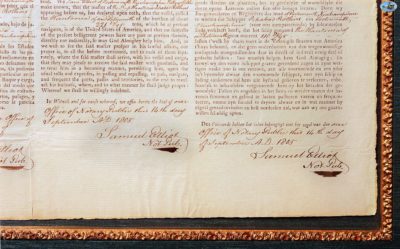 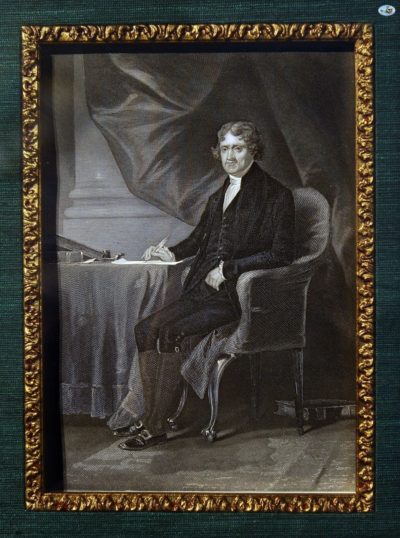 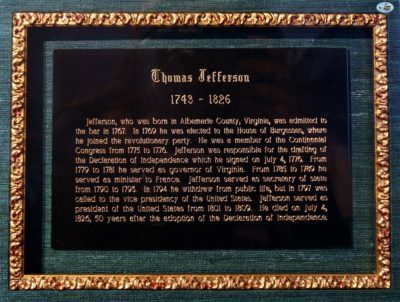 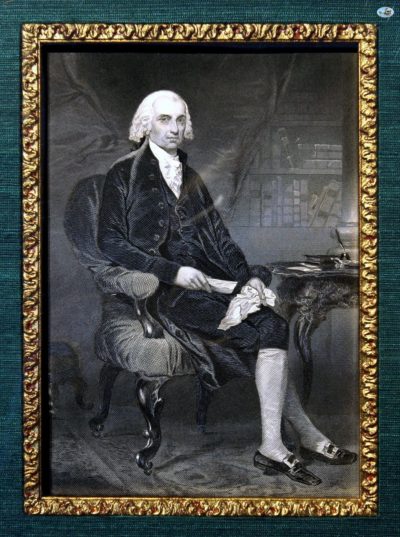 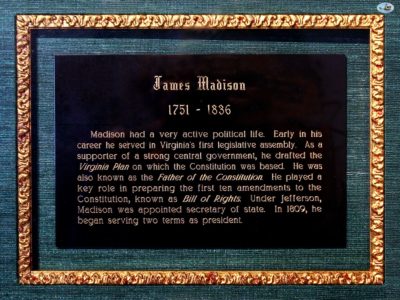 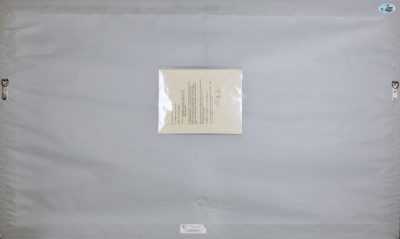 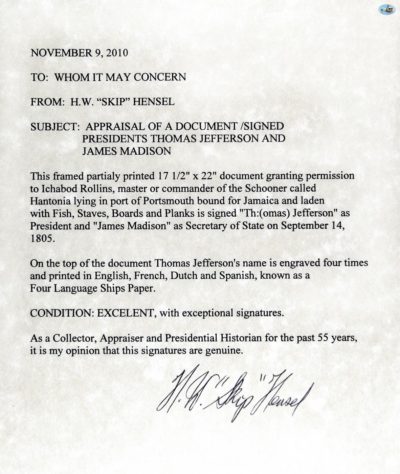 The following information is the detailed description about the fabulous authentic document signed and countersigned by Thomas Jefferson and James Maddison:

Jefferson, Thomas. (1743-1826) Third President of the United States. Partly-printed document signed (“Th. Jefferson”), as President, and countersigned by James Madison as Secretary of State. Being a four-language ship’s passport (French, Spanish, English, and Dutch), on laid paper, 1 page, 22 ½ x 18″, Portsmouth, New Hampshire, September 11, 1805. Also signed by Joseph Whipple, Collector of Customs. Ichabod Rollins is appointed as master and commander of the ship Hantonia for a voyage to Jamaica. The paper seal of the United States is affixed and fully intact at the left margin.

The document is notarized and dated September 14, 1805 in the space below the main text, with the official seal of the notary public of Portsmouth, Samuel Elliot, affixed at the left margin.

Folded five times horizontally and three times vertically, with some light creasing and minor splitting where folds intersect – three such imperfections are notable, each measuring less than ¼”, and not affecting the English text or the signatures, which are clean and clear.

Attractively framed in gilt wood and black frame with museum-grade UV plexiglass, white engraved portraits, and biographical plaques of both founding fathers against green velvet for an overall size of 55″ x 33”.